What Satirists Will Write About Us in 10 Years

Recently, I finished George Saunders’ In Persuasion Nation - a collection of short stories that satirize the American obsession with materialism and frivolities. I enjoyed his writing immensely, but I also noticed that these critiques, published in 2007, are starting to feel dated.

Americans glued to their TVs, dumbed down by advertising, in relentless pursuit of the white-picket dream: that was the post-WWII, pre-Internet motif my generation grew up with, but it’s not the one we’re facing now. Where are the weak spots in today’s society?

In the past decade, the common cultural critique has been addiction to technology, starting with the ubiquitous iPod earbuds of the early 2000s. Events like Digital Detox and Camp Grounded bring people together to technology-free spaces. A popular video called “I Forgot My Phone” reminds us what life was like before mobile phones. Banksy’s latest work features two lovers looking at their screens instead of each other. 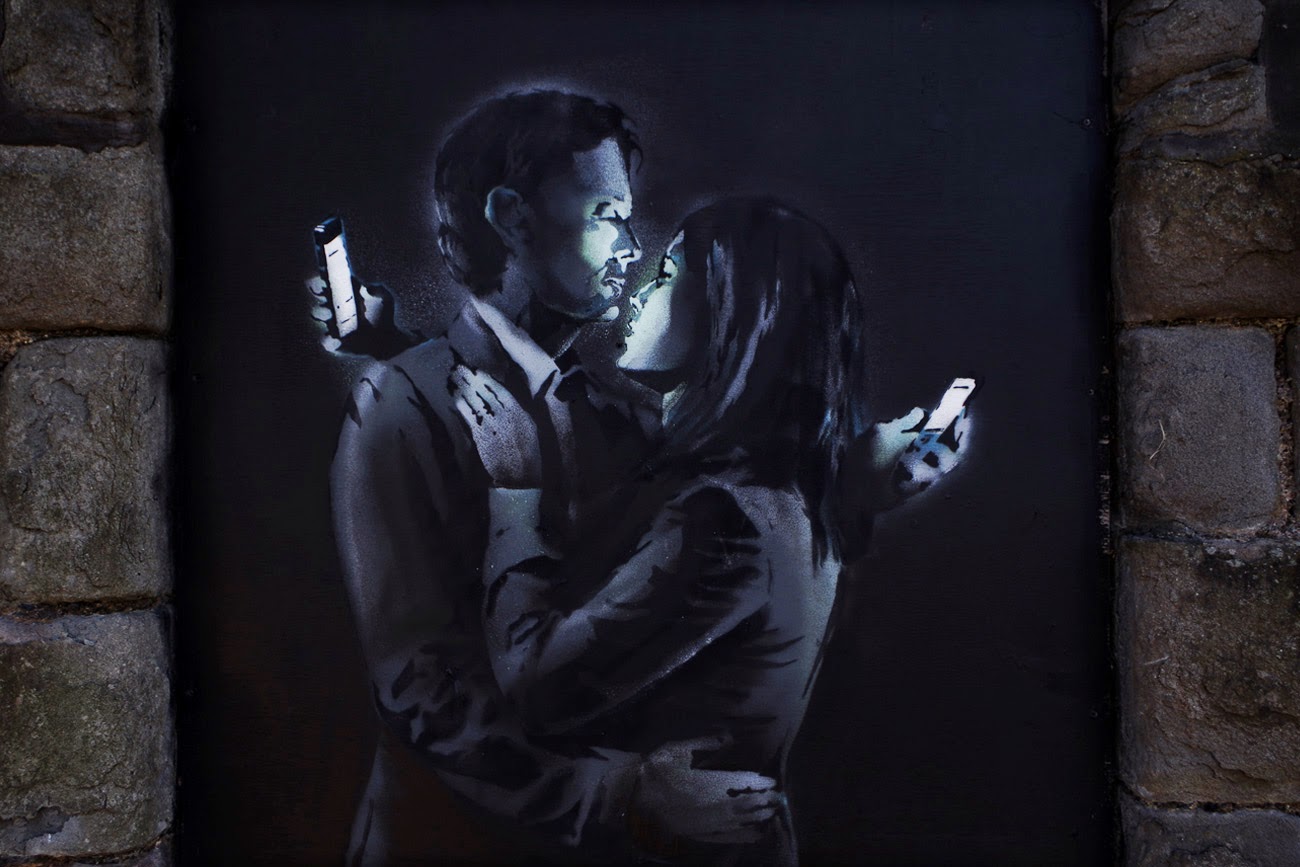 But critiques always come in hindsight, which means that even as we react to our society-wide screen addiction, new weaknesses are developing that we aren’t yet aware of. What will satirists write about about our culture 10 years from now?

Here’s a thought experiment. Imagine if all of reddit were computer-generated. All the AMAs, crazy stories, images that make you laugh and cry and share them with friends…imagine if all those things were being created solely for your personal entertainment.

Now, the follow-up question: would you care? Would you stop using reddit if you knew everything you were reading wasn’t real?

On a lesser scale, this has already been happening. In 2012, the Internet exploded over the Kony 2012 campaign, which urged the US government to help bring an Ugandan war criminal to justice. With over 100M views in just six days, it became the most viral video of all time. The problem was that by 2012, Kony was not as much of a threat as he was portrayed in the campaign. But that didn’t deter some of Kony 2012’s biggest supporters, including nonprofit celebrity Dan Pallotta, who praised the organizers for having “galvanized hundreds of thousands of young people all over the world.”

Last year, a woman named Linda Tirado who wrote an essay about living in extreme poverty received over $61,000 in donations from sympathetic strangers. We soon found out (after the money had poured in) that her situation wasn’t exactly as dire as she had claimed. But not everyone was upset. “I sent her some money,” wrote one commenter. “Fiction or non-fiction, it felt good then and it feels good now.”

The internet presents an unprecedented opportunity for empathy, by connecting us to strangers unexpectedly, and by bringing us closer to familiar faces when we rally around common causes.

However, as we become more empathetic to what’s on our screens, we risk becoming less empathetic to the physical world around us. It begs the question whether Internet empathy is simply masturbatory: a reflexive search to relieve our desires for joy and anger and emotion through external stimuli that could just as easily be fake as it is real. But maybe we don’t care, because we want to believe that it all matters.

The internet allows us to control our empathy. We can limit our outrage to videos from Upworthy that match our political biases. We can follow @EmergencyPuppy on Twitter to give ourselves a daily dose of joy. We can read and share only those articles that hit our hot buttons about feminism, gun control, or whatever else makes us angry.

And in that sense, the empathy that the internet has created may be purely selfish, after all.

This complaint isn’t new. The question of whether giving to charity is an altruistic or selfish act has been debated for ages. And the topic of empathy has already begun to pierce the mainstream, as we debate the ethics of Secret and discuss the cultural foreshadowing of sci-fi drama Her.

We’ll never really know whether we do things because we want to help others, or because we’re trying to better understand ourselves. But the internet has amplified that, made it harder to know when we’re caring about others or just caring about ourselves. How that shapes and changes our society is something the cultural critics will be sorting out in the coming years.