The tyranny of ideas

China Miéville’s novel Embassytown describes a world in which an alien species, the Ariekei, becomes enthralled by a human’s ability to speak their language. What starts out as novelty gives way to obsession, and they become addicted to his voice, their lives falling to pieces, wandering the streets like zombies, tearing the world apart in search of more “god-drug”. Their obsession has nothing to do with the person behind it, but rather the thing he can provide.

Lately, I’ve amused myself by operating through the lens that the world is run by ideas, rather than people. We tend to discuss mimetic effects in relation to mass consumption – its distributive effects – but less-frequently discussed is how mimetics affect creators themselves.

I like thinking of people as vessels, which provides a refreshing counterbalance to the well-trodden “great man theory”. Rather than viewing people as agents of change, I think of them as intermediaries, voice boxes for some persistent idea-virus that’s seized upon them and is speaking through their corporeal form. You might think of this as “great prophet theory”.

Ideas ride us into battle like warhorses. We can witness, participate in, and even lead these battles, but their true meaning eludes us. We don’t really know where ideas come from, nor how to control them.

Consider the obsessiveness with which creators birth new ideas into the world, which we’ve clinically termed “intrinsic motivation”, but don’t really seem to understand beyond that. We can observe that it is happening, but we don’t know what actually causes someone to drive themselves nearly to death just so they can give an idea a beating heart and a chance at survival in the world. “Because I had to” or “Because I couldn’t stop thinking about it” are symptoms, not causes. 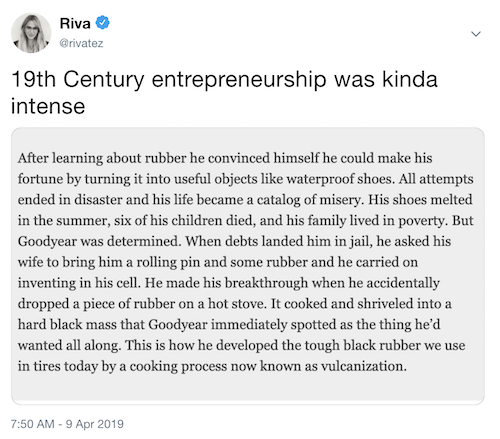 Once ideas find an audience, they’re hard to eradicate. Many a surprised creator has found that they’ve lost control over an idea, watching helplessly as it’s shaped and reinterpreted in ways they didn’t intend.

It is enormously difficult for a successful creator to escape their own idea, because ideas need hosts to survive. Their audience owns them now: creators become like the god-drug to the Ariekei, delivering their goods to a babbling crowd that frantically demands more, more. The creator must battle their own idea in order to survive, taming it back into submission, or risk being subsumed by its demands.

For whatever reason, I often think about Lil Wayne’s rock album Rebirth here, perhaps because the title is so wistfully aspirational. Lil Wayne tried in vain to “rebirth” himself, but he was widely panned by an audience that wanted him to produce rap, not rock. Because of his prior success, Lil Wayne became a vessel for a certain type of sound that we craved more of. He became “that person” for “that idea”.

The constraints of reputation

Even after an idea becomes sufficiently popular to survive in the world without a host, it’s still difficult for creators to escape them, because ideas bond to their hosts in the form of reputation, like a virus that lives in one’s body forever. Reputation is the aggregation of ideas that have swarmed your body. Reputation is a list of your chronic afflictions.

It’s strange to think that personal reputation is becoming simultaneously more and less valuable today. Reputation is the currency that powers our social systems – a symbol of your unique value – but at the same time, it’s easier than ever to find substitutes for a particular sound, style, aesthetic, or way of thinking. I think it’s a sign that ideas are winning over people, or perhaps just making their tyranny better known to us, an ominous signal flare shot into the sky.

The way in which we listen to music, for example, has changed. We don’t listen to entire albums as much as we used to. We don’t know as much about artists as we used to. Instead, we combine and recombine until we find precisely the sound we’re looking for, pumping god-drug into our veins, without really caring who’s behind it. Like an artist on an autogenerated Spotify playlist, my “thing” is interchangeable with a lot of other people’s “things” that would give my audience the same fix.

Returning to the Lil Wayne example, if Lil Wayne ever put his foot down and decided to stop making rap, we’d find another artist just like him, someone else who satisfies our desires. Lil Wayne commands an audience when it comes to rap. But his reputation is a devil’s contract: continue to make the same thing, and you’ll be rewarded, but don’t stray too far from the original concept.

Similarly, when an exceptional artist meets an untimely death, we don’t necessarily mourn them because of who they are. After all, we only really know their identity through the lens of the thing they produced for us. We mourn them because their product is scarce, and we can no longer get our fix. When someone says, e.g. “Nobody ever played guitar like Jimi Hendrix”, they’re saying that they crave a sound that feels hard to find elsewhere, not that they miss Jimi Hendrix himself.

Reputation has local value – it’s what distinguishes you within your world – but global demand for most people’s output is fairly elastic. In order to give people what they want, reputation is commoditized, bundled and traded on a global market. Spotify Discover Weekly satisfies the consumer by commodifying the creator. Today, internet creators can build up large audiences without ever becoming truly famous; they may command substantial local power, but their global value is very narrow.

How do creators preserve optionality? How do they maintain separation between themselves and their ideas, and avoid being consumed by demand?

One approach is to resist definition entirely, which seems like the obvious answer, but is hard to actually pull off well, because it requires engaging in constant battle against the many ideas that will inevitably swarm you. Still, some people find this to be a fun challenge in itself, requiring quite a bit of stealth to swim among the dark ocean depths without being detected.

The more I’ve kept an eye out for this approach, the more examples I’ve noticed among public figures. They’re the ones who always seem to keep coming up with interesting ideas, the generative thinkers that everyone likes to marvel at, but who manage to say a lot and a little at the same time. Kanye West is the canonical example that comes to mind: it’s hard to pin down what exactly he does, or what he thinks about, and yet the things he does seem uniquely “Kanyesque”.

The second approach is to compartmentalize, which is more tedious to manage, but probably easier for most to pull off. We tend to assume that people use pseudonyms or alts for privacy reasons. But alts aren’t always about hiding who you are, but rather keeping your ideas separate from some root identity (ex. one’s legal name), so that you can still remember who you are when the ideas aren’t riding you. [1]

Sex worker Stoya once likened her choice of an alt to “deciding on a user name for any Internet service or website”:

My stage name is less about withholding parts of myself or maintaining privacy than it is a symbol of the idea that I am more than just my job or any other isolated slice of my identity.

My favorite example of this: a friend, who’s a mother of two, recently reflected that her daughter started calling her by her first name, because she wanted to know who she was beyond being her mom. The terms “mom” and “dad” are alts that protect the self, who exists a priori to being a parent. 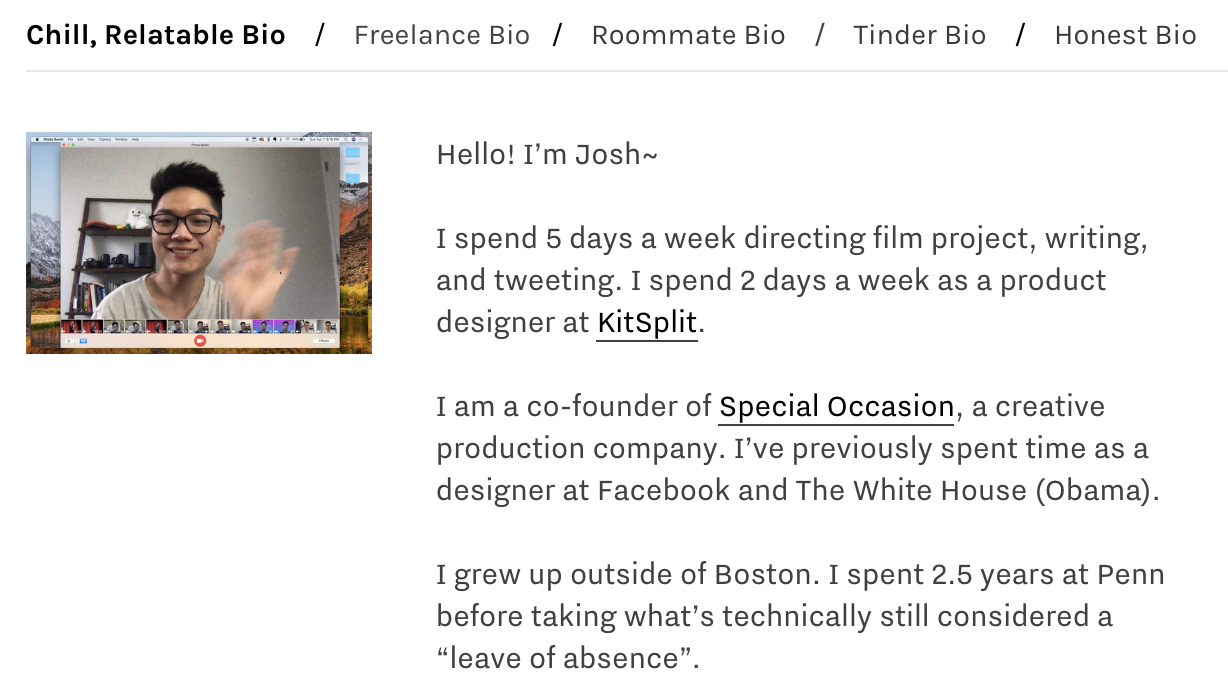 Finally, to some extent, I find something sort of satisfying about accepting that ideas have a life of their own. Wielded carefully, they can shield, rather than drain, the creator. For example, actors and directors sometimes talk about making a big box-office hit, so they can do their artsy side project without feeling pressure to pander to an audience. If everyone manages a portfolio of ideas, some will be cash cows, some are risky bets, and others will be just for fun.

Ideas are fascinators that sparkle and dangle in front of the creator, distracting an eager audience from the person behind the curtain. Submitting to the tyranny of ideas gives us the freedom to explore who we are apart from our public reputations. If ideas are living entities that exist separately from our selves, what remains of us?