I attended Y Combinator’s second Female Founder Conference this past weekend, and I left feeling inspired. Here’s why:

In four hours of talks, hardly any speakers touched on sexism, work-life balance or systemic disadvantages that are often associated with women. Nothing in the programming officially focused on these subjects. 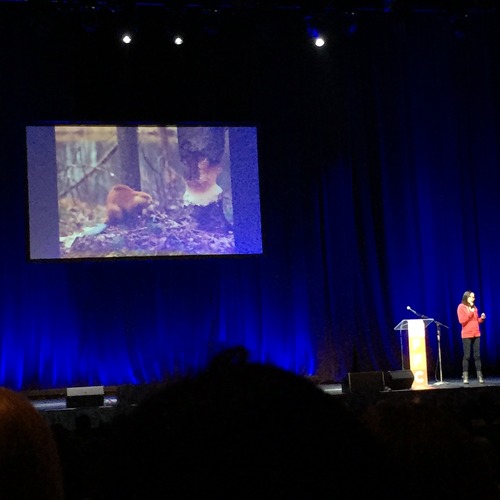 As a result, a wonderful thing happened. Speakers became multidimensional. There were clearly a variety of backgrounds, perspectives, and personalities represented. Not every founder gave the same advice, and that was okay. I didn’t think of them as “women founders”, but rather inspirational, accomplished people, trying to figure out their playbook and share it with the rest of us.

And yes, I found that the conversation resonated with me in ways that non-gendered tech events often don’t:

But nobody beat it over my head that this is “how women think” or that “women are uniquely attuned to these insights”. Because that would be a lie. For all the solidarity I felt with these comments, I’m sure there were other comments that resonated better for other women in the room. Adora Cheung’s refusal to let anything stress her out. Jessica Livingston’s observation that her influence was underestimated by founders because she was the quietest person in the room.

Y Combinator’s conference demonstrated what happens when we focus not on building sectors, but rather breaking them down.

Y Combinator has been criticized for its focus on meritocracy, which some say ignores the real challenges that women, among others, face in founding companies. But I think this focus is precisely what made FFC a success.

The end goal of all of our collective good work is inclusion, and there is a myriad of ways in which someone can feel excluded. I recently co-hosted a dinner with 12 tech corporations about building healthy workplace cultures. I was amazed at the issues that organically came up: not just men vs. women, whites vs. underserved minorities, but also engineers vs. non-engineers, introverts vs. extroverts, and even sitting on the left vs. right side of the office.

Building sectors is dangerous because it makes us one-dimensional. A straight white male may still feel left out for not being technical, being the quiet one in a room, or being relegated to a corner of the office. An extroverted woman may have an easier time raising venture capital than an introverted man.

By not affixing the same, flat, “women X” label onto everyone, the Female Founder Conference allowed everyone in attendance to breathe as themselves. As a construction engineer with an inexplicable love for BBC documentaries, or a Kyrgyzstani ex-Goldman Sachs fashion model.

Each of the talks on Saturday could only have been given by that particular person, because it had their fingerprints all over it.

And so I hope that anyone trying to create conversations like these takes a page from Y Combinator’s book by asking themselves: am I creating new sectors, or helping to break them down?